Is cloud computing the new generation for the manufacturing industry?

Technology is developing extremely fast and companies are constantly searching for creative ways to make the most of their cost budgets and to simplify their systems. Cloud computing is a platform, where users do not own the infrastructure, but use it as a service and at the same time creating intelligent factory networks that encourage effective collaboration. Furthermore, cloud-based design and manufacturing (CBDM) is internet-based computing that provides shared processing resources, data to computers and other devices on demand. It enables streaming and customization and offers the most optimal solution in the process of manufacturing.

Using a cloud platform enables flexibility and gives team members the option to work at any time, from any location. Cloud computing services encompass’ many options, ranging from Software as a Service (SaaS), Platform as a Service (PaaS) and Infrastructure as a Service (IaaS). SaaS applications are designed for end-users, delivered over the web, PaaS is the set of tools and services designed to make coding and deploying those applications quick and efficient and IaaS is the hardware and software that powers it all – servers, storage, networks, operating systems.

The ability for multiple people to collaborate on a project in ‘virtual space’ means that the process of design and manufacture can be streamlined and even customised to an extent never seen before. The automotive industry is a promising field for cloud engineers, since it has been advancing rapidly. Briggs Automotive Company designer of BAC Mono is a prime example where cars have been designed from the buyer’s needs. Their aim is to create ultimately unique cars by using cloud computing. Not only have they updated the engine, producing 305 hp, but also announced that they are creating a smaller center console which will affect the cost production and consequently make the car more affordable and lower the cost of insurance. The guarantee that a driver would never need to manually defrost a windshield again might be a powerful attraction that cloud computing could bring to a particular auto maker’s product line.

Again, evading the massive investment in the early stage required by conventional aerospace industry; the Elixir two-seater composite aircraft was designed via cloud systems. Former students of aerospace engineering in the UK proved cloud computing can be used to tweak the design to an extensive point. Its first flight is expected to take place later this year (2016). Using Dassault Systèmes 3D Experience Cloud platform, Elixir has been able to take the concept from the sketch to the skies in an incredibly short space of time. The team is aiming to make the wing in one production and in one piece and is estimating to lower production costs almost for a half.

Each position focuses on a specific type of cloud computing, rather than the technology as a whole. Companies that hire cloud engineers are often looking to deploy their cloud understanding and technology. The technologies that are usually required in a job specification are Cisco, Juniper, F5 LAN/WAN, switches, routers and VPN. Cloud engineers need to be familiar with different programming languages, to list just a few: Java, School, Ruby, C#, F+, Erlang, Perl, Python, Go, XML. Many companies looking to hire cloud engineers also seek experience with OpenStack, Linux, Amazon Web Services, Rackspace, Google Compute Engine, Microsoft Azure and Docker. Experience with APIs, DevOps and databases like NoSQL are also one of the most important database technologies. Additionally, cloud management providers must integrate with all the traditional IT systems in order to truly meet the requirements of the data center.

Cloud computing has been present for a while in the IT industry, but the technology has only recently started to take its place in the manufacturing industry. The cloud can enhance an organisation’s performance in production with efficiency. With so much potential, it’s hard to see why any manufacturer wouldn’t consider cloud computing. Referring to a technology business research report, the rate of cloud adoption in 2018 is expected to grow to 85 percent, becoming an $80 billion dollar industry by 2019.

Manufacturers have been quite precise when choosing a cloud computing software, knowing it can reduce capital expenditures and IT labor costs. If you are interested in finding your next manufacturing role, look no further and view our latest vacancies here. 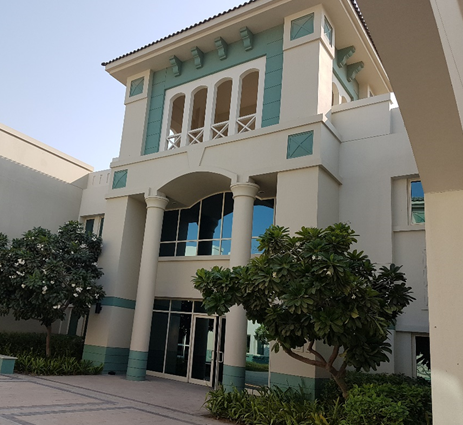