Is the ‘Plastic Road’ an innovative way to reduce plastic pollution?

Environmental impacts are increasingly being monitored and reduced by companies and civilians alike. A common concern amongst all is plastic pollution. Plastic is a necessary material for multiple uses across many disciplines including pharmacy, automotive and infrastructure. Due to its durability and flexibility there are multiple uses across a vast lifespan. Plastic is known for polluting many areas of the earth; to tackle plastic pollution concerns engineers are applying science to investigate how plastics can be applied further throughout society – currently focusing on the construction of Plastic Roads.

One of the world’s largest chemical companies plans to reduce their environmental impact by transforming plastic waste into roads. This effort was launched in 2017 and according to Good News Network has already successfully diverted over 220,000 pounds of plastic from permanently entering landfills. This creates a practical use for products that would ultimately be turned into litter. They recently have completed 2 plastic roads in the US are assisting in this infrastructure method in India and Thailand.

Business Insider explained that “the construction company VolkerWessels estimated that recycled plastic roads could last at least 50 years, or around three times longer than conventional roads. The company also estimated that plastic roads could survive extremely hot or cold temperatures.” We can speculate that the introduction of plastic roads can reduce the amount of potholes that usually occur. The nature of plastic material not only means that roads are predicted to have a longer life span; they are also estimated to reduce greenhouse gas emissions.

Efforts to introduce plastic roads have been made across the globe in areas including Bahrain, Australia, Canada, USA, Saudi Arabia and the United Kingdom. Recently, Kouga Municipality in the Eastern Cape is planning to build the first plastic road in Africa reveals IOL. Vicky Knoetze, a member of the Eastern Cape Legislature who introduced the idea explains that "Non-recyclable plastic waste, which ends up in the ocean or clogging up landfill sites, is processed into pellets and used to replace a large component of the bitumen in a conventional asphalt mix.” This is an approach to increase the life span and safety of roads, whilst helping to save the planet and offering more job opportunities to the area.

Job opportunities are also being made available in Scotland as a plastic road company has recently opened. DnG reports that the new headquarters of this firm incorporates a factory to process plastics so that they can act as binding in the construction of roads. The company already has produced plastic roads in the Middle East, America, Turkey, Slovakia, Australia and New Zealand, and is ever expanding. Due to this successful business innovation, factories are opening across the globe to meet demands, making further civil engineering positions available.

The economic benefits of this construction method is still being researched, it is a modern way to tackle plastic pollution – helping to improve the environment by finding new uses for this material. As plastic roads increase in popularity, we can predict the increase in life-span of roads, as well as increased employment opportunities globally in Infrastructure and Construction.

Click here to search our latest roles in Rail, Infrastructure and Construction. 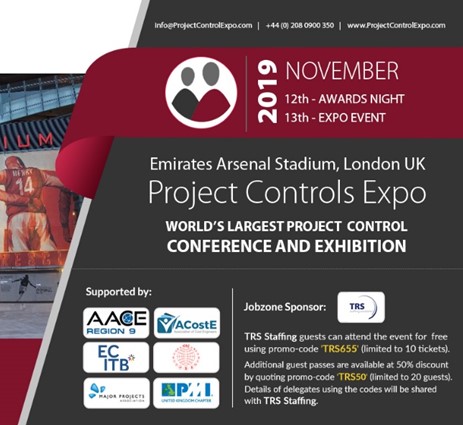